Letting go of the need to control 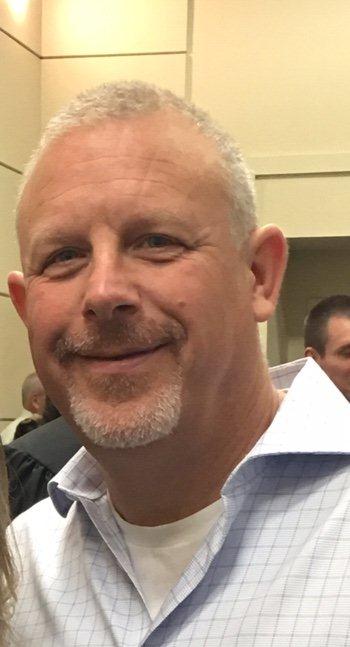 Recently, we had the chance to speak with Chad Lesman, a career and technical education teacher at Ukeru®’s parent organization, Grafton. In fact, Chad is an Ukeru champion at Grafton, serving as an ambassador and mentor and helping to train his teammates on the approach. But that wasn’t always the case – even he was skeptical of a restraint-free approach to crisis management back in then beginning.

Chad, who has been at Grafton for nearly two decades, remembers clearly the “a ha” moment when he realized what a philosophy of Comfort vs. Control® truly meant and why it would be far more effective in his work with clients. Below, Chad describes in his own words how that mindset shift happened:

In the past, Grafton had been controlling clients, limiting what they could do. In crisis situations, staff would regulate the client, stepping in and restraining them until they were calm. It broke down the trust between the individual and their care team.

The staff was on edge all the time. There were times I was called on as much as three or four times a day to restrain a student. I had to do it so often that students just had a reaction any time I walked in a room, assuming I was just there to restrain them.

The staff was always stressed thinking, “When is the next kid going to have an issue?” People were worried about their physical safety all the time.

As we rolled out Ukeru,® things flipped. We allowed students to regulate themselves. Even if they had explosive behavior, ultimately, they were learning to self regulate. These were teachable moments, allowing clients to become more autonomous. That’s so important because the hope is that, someday, they will leave Grafton and they will need to be able to self regulate. In addition, over time, the clients trust you and know that you’re not going to put hands on them. The relationship grows stronger.

For staff, it was a more relaxed environment; more of a learning environment than before. We felt more at ease coming to work and knowing that we didn’t have to put hands on a student. Everybody felt safer.

It was very eye opening to see the transition. We moved from a very controlling environment to one where we supported clients with all sorts of creative de-escalation tactics, none of which involved putting our hands on them. In the past, our default was just, “No. You’re not going to do that.” Now, we give them space and other outlets to work out their emotions – even something as simple as taking a walk or just going to get a drink of water. Sometimes that’s all someone needs. In doing this, clients learned how to regulate and almost de-escalate themselves.

Of course there are times when you have to step in; for example, if someone is in danger. But we had to learn to tell Johnny that, if he needs to express his emotions to get his anger out, it is OK for him to do it. Afterward, we will talk about what he can do differently in the future and teach him replacement behaviors – something that is relaxing and calming and can help bring him back to his baseline.

A really important piece of the puzzle is focusing on building relationships all the time so that, when a crisis situation occurs, you have a solid foundation with the client already. If you build a positive relationship, when you come into a crisis situation, it might even be de-escalated through a conversation rather than something physical.

Trust me, even I wasn’t necessarily convinced from day one. When Ukeru was first introduced, a lot of us didn’t think this would work with our students who often have very challenging behaviors. It took a while for everyone, including me, to get used to the new approach. But the proof was undeniable. Over a period of time, we saw less and less behaviors in clients that we, in the past, would have been restraining.

I think a big reason it worked was that everybody was on board to try it; no one wanted to put their hands on clients. We were all side-by-side, day in and day out, as we rolled out the new approach. Collaborating with people who want to make it work is the key because doing this is a team effort and requires trust. If you don’t have people that are invested and willing to really give it a shot, it makes it a lot harder. It also helped that we were all trained the same way and given the same information.

Other things that made Ukeru a success at Grafton were a lot of checks and balance and following up with staff. There was—and still is—a lot of processing that went on after incidents. There is constant reflection, even all these years later.

Obviously, I am a believer that Ukeru works. I went from being skeptical to, literally, being one of its biggest champions!