The Mythology of Punishment 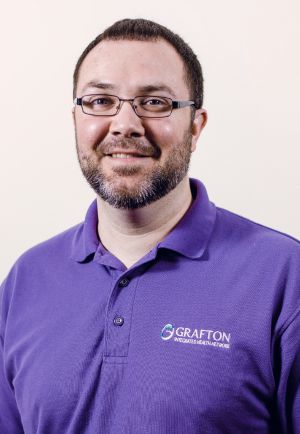 There is a “story” that is often told during Ukeru® training. It comes up so often that is has developed its own mythology. What is this mythology? The myth that punishment is effective.

Recall your Greek mythology – all the different gods had their roles and responsibilities. Zeus had his lightning bolts; Poseidon, his trident; and Athena had her spear. What would the Greek god of punishment look like? I imagine Punishment would be a god armed with “consequences.”

After all, that is how the story is always told: “These kids need more consequences” or some derivative of this statement. When this comes up during training, I would not be doing my job if I didn’t drill deeper. Inevitably, I hear the same thing. “Consequences” is simply a synonym for punishment.

The myth that punishment works is pervasive, crossing many cultures, continents, and job descriptions. I have heard this in trainings not just in this country, but outside of the U.S. And, it isn’t coming from just direct care staff, but from people all throughout organizations.

Why does it matter if a staff member says that those we serve need more “consequences” (translated as punishment)? Wouldn’t it stop negative behaviors if there were more stringent rules or enforcement of rules?

Perhaps a better question is: Where did we get this belief that punishment is effective?

In her book, Trauma-Informed Treatment: The Restorative Approach, Patricia D. Wilcox speaks to the focus that some staff have on punishment-based approaches:

“During times of frequent aggressive incidents, staff call for an increase in more severe consequences due to feeling frightened (and loss of control) to gain some sense of power (pp. 101-102).” (The emphasis on these words are mine, not the author’s).

Growing up, when I did something that I wasn’t supposed to, I was punished. And, for me, it worked (eventually). Many of us might feel the same way, which is the point folks will try to make when we have this discussion at Ukeru trainings. And here is my response: while we received punishment, we also received love. In most cases, we trust our parents or guardians and believe that they care about us. We understand implicitly that their use of punishment is intended to teach us.

But, do those we serve have that same relationship with us? Do they get the same ratio of love vs. punishment? The reality is, they do not.

Wilcox further elaborates: “If negative consequences could change these individuals, then it would have happened already (pp. 114).”

This is the point that often gets missed in discussions of consequences. Ultimately, those we serve haven’t “gotten away” with anything! Their lives up to this point have often been filled with consequences. They often come from a traumatic background that included some form of abuse and/or neglect. What punishment could we possibly put in place that would be effective given what they have already been through?

As a society, the most punitive thing we have is prison. Statistically, the threat of imprisonment for crimes—which is quite a consequence!— does not deter people from committing them. Recidivism proves this point.

When I think about my own experiences with punishment growing up, if I really wanted to do something (but knew I’d be punished if I did it), I’d find a way to do it without being caught. I did this less when my parents gave me an alternative. As I grew older, I learned why I should or shouldn’t do something, which also helped. Unfortunately, we don’t have the luxury of this type of process or timeline with those we serve. With a mandate for shorter and shorter stays, we must make the best impact in treatment and learning that we can in a shorter span of time.

What contributes most to positive treatment outcomes is our relationship with those we serve. However, where we prove ourselves isn’t in how we interact when things are going well; it’s how we interact during difficult times. When an individual is being verbally or physically aggressive and we are able to respond in a kind and supportive way (which isn’t always easy because we are human), this teaches clients how to handle adversity. It is critical to our ability to work with them. We prove that we care about the them and they, in turn, learn that they can trust us with their safety.

In the end, our focus needs to be on how we can help clients by working with them versus against them. If we do this, over time the myth of punishment will be dispelled.