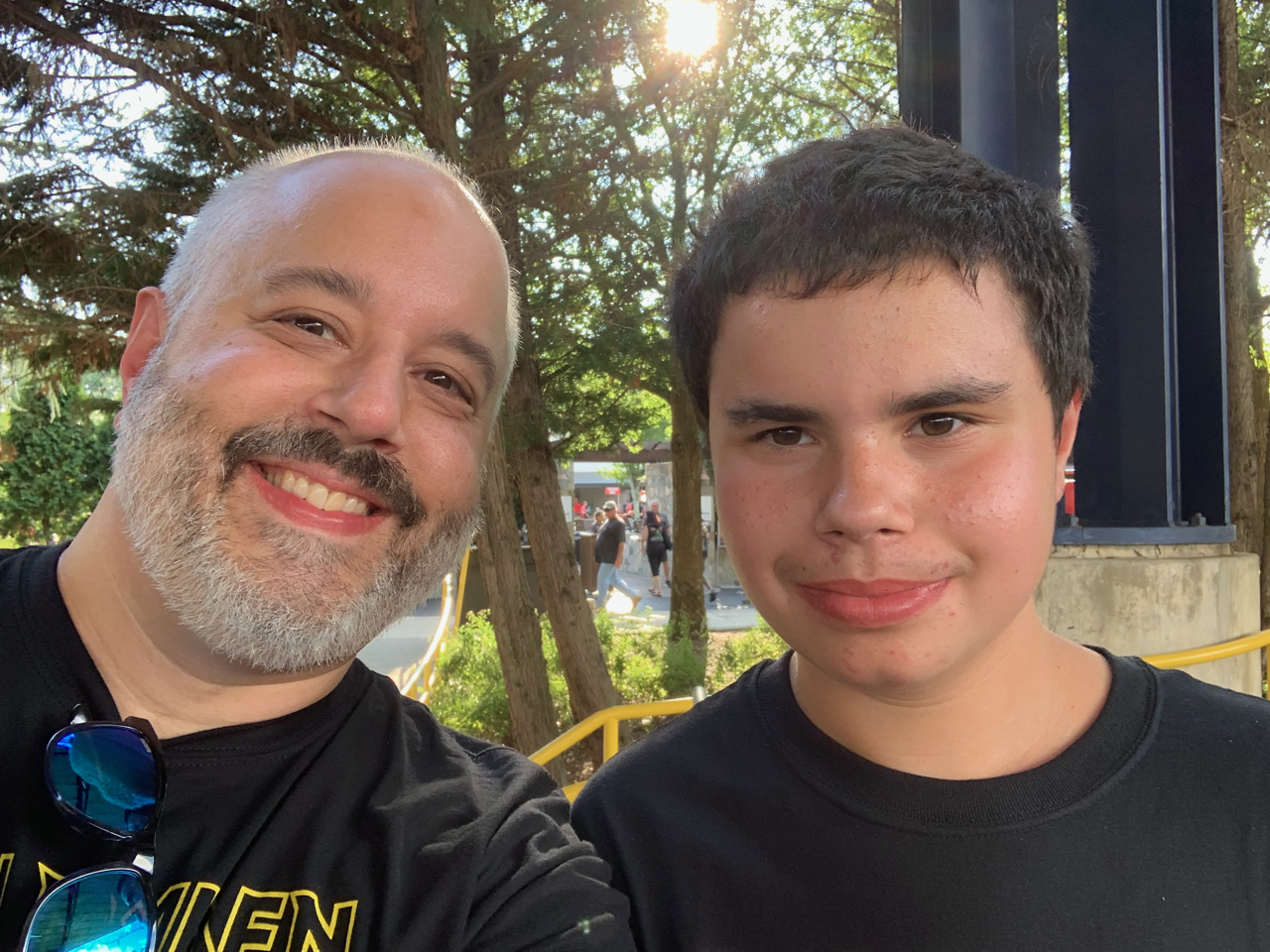 Guy Stephens, dad to 14-year-old Cooper, is an advocate for eliminating restraint and seclusion.

In our efforts to shine a light on individuals and organizations that are working to eliminate the use of restraint and seclusion, we have found that parents are proving to be a powerful means for driving change. In this post we are speaking with Guy Stephens, whose son, Cooper, has led him on an unexpected journey of advocacy in his hometown of Calvert County, MD. The work he is doing will likely have an impact well beyond his own backyard. Hear what Guy has to say in his own words.

Can you tell us a little bit about your family’s experience?

My wife and I have lived in Calvert County since our kids were born. Our daughter is 10, and our son, Cooper, is 14. Early on, Cooper showed some differences that had us concerned, and we had him evaluated at a young age. He attended public preschool and kindergarten in a co-taught program and did very well. In first grade, he began to have trouble in a general education class setting and started to exhibit challenging behaviors. He would get overwhelmed, and run off or hide under his desk. We worked closely with the school to better meet his needs, while at the same time, trying to understand what was going on with him. We began to suspect he might fall under the Asperger’s-Autism umbrella. He was eventually diagnosed as being on the autism spectrum, as well as having Attention Deficit Hyperactivity Disorder (ADHD) and a social anxiety disorder.

Through the IEP process (Individualized Education Program) and a good teacher, Cooper was eventually placed in a small classroom setting for kids on the spectrum. When we got him in the right environment, he began to succeed again, and by the fifth grade he’d mostly progressed into regular inclusion classes.

Cooper worked with the same teacher for two-and-a-half years, and she was phenomenal with him. She understood the importance of a good relationship and really individualized her teaching to meet his needs. During fifth grade, she was injured in a car accident and unable to return to school. In a very short window of time things fell apart. All the progress he’d made quickly began to go backwards, and we saw troubling behaviors that we hadn’t seen since the first grade. When school personnel utilized restraint to address challenging behavior, it was traumatic for him and really set him off.

Due to the trauma that followed the use of restraint, Cooper did not want to return to school. After a lot of discussion, we decided to homeschool him and did so for two years. In the spring of 2018, Cooper decided he wanted to return to public school. We worked really hard with the school to develop an IEP that we felt would be successful. Unfortunately, when Cooper returned to school in the Fall of 2018 to begin the 8th grade he had difficulty readjusting to school. He began to exhibit challenging behavior which resulted in several instance of restraint and seclusion. After the end of the first month, Cooper was unwilling to return to school and required home and hospital teaching for the remainder of the year due to that trauma.

Editor’s Note: Educators often use Restraint and seclusion because these are the behavior and crisis management techniques on which they have been trained. They are simply using the tools they have. That is why training on alternatives – and providing educators with other, better tools – is so important.

How did you become an advocate and champion for eliminating restraint and seclusion?

I knew in my heart that what happened to Cooper did not need to happen and felt there had to be a better approach to these types of interventions. I began looking at alternatives and at current policies and available data on the subject. From that data, I began to understand that restraint and seclusion disproportionately affect people with disabilities, minorities, and boys and that there are better ways of working with children.

I wanted to build alliances and look for common ground, so I created a Facebook page, Alliance Against Seclusion and Restraint, and now have people reaching out to me that are beginning to take action. I reached out to various places for help, like Collaborative Proactive Solutions, COPAA, Disability Rights Maryland among many others. I reached out to states that had eliminated seclusion, and I became familiar with other programs.

As I was searching for alternatives, I came across Ukeru®. Its case studies were compelling and its philosophy of Comfort vs. Control® really resonated with me as a parent. There is no doubt that this is a viable alternative to restraint and seclusion. I recommended Ukeru to our school district, which had formed a committee to look into alternatives to restraint and seclusion. Our school district has decided to begin a pilot program for Ukeru starting this year, which is very exciting.

What would you say to someone who doesn’t believe it’s possible to eliminate the use of restraint and seclusion?

We can do it. Others have done it. Five states now prohibit the use of seclusion and many are making efforts to reduce and eliminate restraint and seclusion. But we need to bring solutions to the table.

People knowing that there are viable choices out there, and alternatives like Ukeru, is half the battle. Inclusion is the right way to go, and it can be beneficial to all children when done right. However, there are plenty of people out there that think, “That kid doesn’t belong in the classroom with my child.” but the law says otherwise. Children with disabilities have a right to be in the least restrictive environment to receive a free and appropriate public education.

What is your hope for these efforts going forward? What would you, ideally, like to see happen?

My biggest hope is that individuals realize that they can make a difference. I would encourage parents that are concerned about the use of restraint and seclusion to voice those concerns to their local school boards. In our case, my hope is that, in setting a policy and then bringing forward things like Ukeru, that we’ll see a dramatic impact in reducing restraint and seclusion in our county. I’d like to see seclusion banned across the country. I don’t want my child’s rights to depend on what state I’m in.

Disability rights are the last frontier of civil rights, and I feel very strongly that there is a civil rights issue here. Kids don’t lose constitutional rights when they walk into a school building.

What would you say to parents with children of disabilities who would like to become an advocate?

It’s so important for people to realize that they can influence change, to draw inspiration from others, and know that they can do it, too. Get involved. Be diplomatic even when it’s difficult. Be educated. Above all, be persistent. Parents can effect change.